Why am I experiencing skipped or missing Invoice numbers?

Some info on why invoice numbers can be skipped or "missing"

From time to time, users may notice that some invoice numbers “go missing” or get skipped. This is not uncommon and can be attributed to a few different potential reasons for the missing numbers. We’ll go over the most common reasons in this article.

If two invoices are created for a single order, each one invoicing a different portion of the order, this will use up two invoice numbers. Following this, some users will then void both invoices and create a single one to replace them. This can cause one or both of the numbers to become unused and “skipped”. For example, if 1234 and 1235 were partial then voided, and then 1236 is the complete one, the next order’s invoice will be 1237 and it will not use the voided numbers.

Going along with the above, if the invoice number has been used before in the past, Acctivate will not use it again.

If an admin has recently altered or advanced the numbers within Configuration manager, the invoice numbers might have been impacted by these changes. 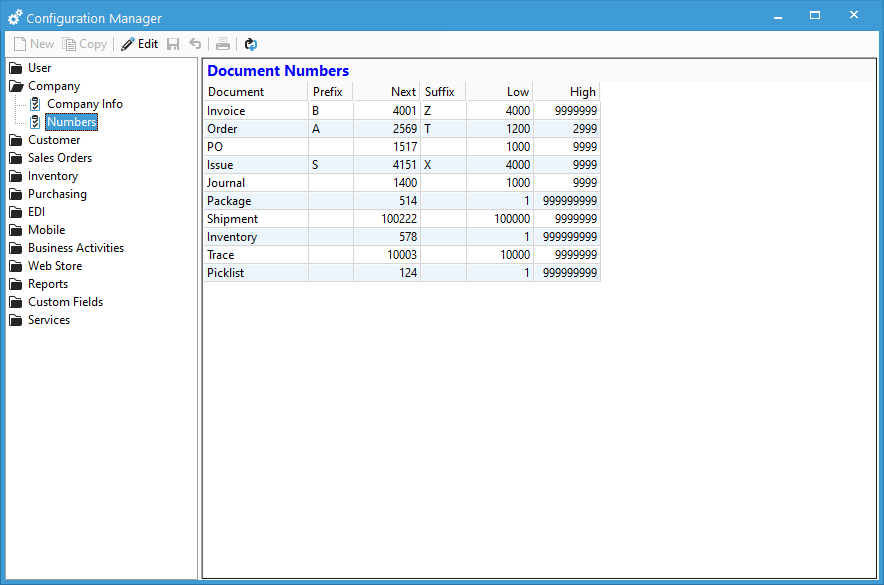 If none of the above explanations seem to fit your situation, or if you have documentation of an invoice that truly has gone missing from Acctivate, consider contacting Acctivate Support for more help.