Users who frequently run backups on their Acctivate database may receive a notification box stating that the current backup file contains 10 backup sets. You will have 3 options to select from; Yes, No, or Cancel: 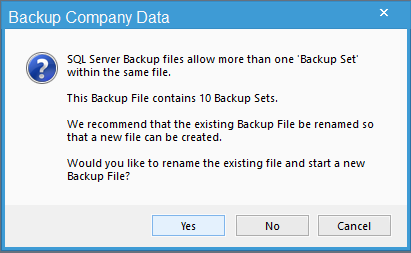 We recommend that the existing Backup File be renamed so that a new file can be created.